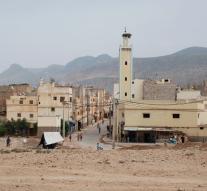 rabat - Police in Morocco have arrested four people who would belong to a militant cell had links to Islamic State. That the Ministry of Interior reported Monday.

The cell had been active in the central city of Beni Mellal. It is unclear what the four men have done exactly.