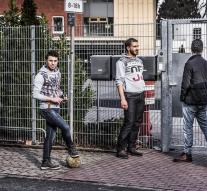 - The number of Turks in Germany asking for asylum, has grown. According to German media this year there are almost as many Turks who fled to Germany and throughout 2015.

Between January and the end of June numbered the German authorities in 1719 Turks who applied for asylum. were quite there last 1767. It is mainly Kurds (1510) Turkey fled the past six months.