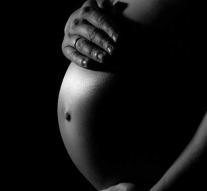 phnom penh - The Cambodian authorities have arrested 32 pregnant women. They are suspected of illegal surrogacy.

The authorities also arrested five other people, including a Chinese, in raids in two apartments in Phnom Penh. The pregnant women are formally suspected of cross-border smuggling and are still in custody, says a spokesperson for a court in the capital.

Cambodia was a popular destination for couples who were looking for a surrogate mother. The authorities banned that practice in 2016, but the women arrested would not have kept that ban. According to the police, they had converted over 8500 euros per person in prospect to carry babies for Chinese customers.