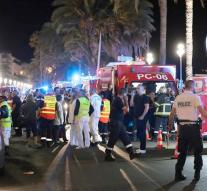 - Among those injured in the attack in Nice are more than fifty children. They are included in the Lenval hospital near the scene of the attack.

Reported that the local newspaper Nice-Matin.

The governor of the region of Nice is covered, had previously said that approximately ten children among 84 dead.