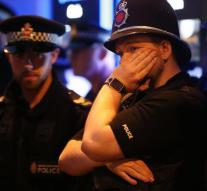 manchester - The British police suspect that more people are involved in the terrorist attack on May 22 in Manchester. Police chief Russ Jackson said to SkyNews on Thursday that the suicide terrorist who attacked Salman Abedi was probably not a member of a large network, but more people were involved.

The police are trying to deal with, inter alia, Abedi's brother, Hashem, who is arrested in Libya.

Salman Abedi blows himself at the exit of a concert hall where American pop star Ariana Grande had a concert. In addition, 23 were killed and 250 people were injured. Many victims are or were young people. The police initially reported that Salman Abedi was acting on his own. Jackson now suspects that more arrests can follow.