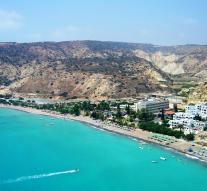 - On a base of the British Air Force RAF in Cyprus four groups of refugees arrived . It is the first time since the outbreak of the migrant crisis in Europe that asylum seekers arriving in what is considered British soil .

How many refugees are involved, is not clear. The migrants came in four vessels at the base of Akrotiri. The first two arrived some 140 displaced persons.

How many there were on the other two is not known. Cyprus is not popular among refugees as it is quite isolated and it is difficult to get further in Europe from the island. Britain used the Akrotiri base for flights over Iraq.