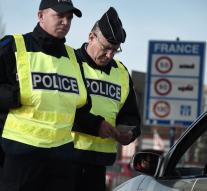 - Germany and France want to strengthen the European border security agency Frontex. As far as Berlin and Paris, the organization will have more powers. Writes the Frankfurter Allgemeine Zeitung Sunday.

The Interior Ministers of the two countries have asked the European Commission to work out a proposal. The most eye-catching idea is that Frontex in an emergency should be able to act independently on the borders of an EU country. Consent of the country where the action is deemed necessary, it is no longer necessary. So far the other way : deployment of Frontex is officially only possible if an EU country asks for it and other Member States to authorize.

Last week it was announced that employees will Frontex in Greece to help with the registration of refugees. An agreement, negotiated with the Greek government came into being only with difficulty.