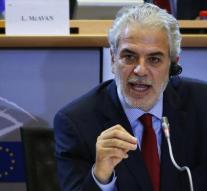 brussels/bakmuth - The European Union allocates € 18 million in humanitarian assistance to Ukrainians affected by the conflict in the east of their country. That made EU Commissioner Christos Stylianides (Humanitarian Aid) on Monday during a visit to the place Bakmuth in the eastern Ukrainian region of Donetsk.

The money is channeled through aid agencies to include medical care, shelter, winter clothing, fuel, food and water. 'You are not alone,' said Stylianides. 'All citizens in need should be helped quickly, on both sides of the conflict line. '

Together with the Member States of the EU since the beginning of the fighting issued to Ukrainians in 2014 400 million euros in humanitarian aid. Even if they have fled to neighboring countries they are eligible. An estimated 2.8 million people have had to leave their homes.