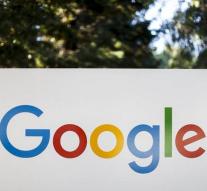 - Google is waiting for more and heavier fines after the already imposed fine of € 2.4 billion by Brussels. That is what Reuters reports.

According to two sources in Brussels, opposite Reuters, the European Commission would impose reprimands that exceed $ 2.4 billion in current spending on US abuse using its Android operating system.

Commissioner Verstege (Competition) would blame Google for abuse of its market position because the search engine would run its own services on the dominant internet platform. Brussels would respond to complaints from companies who find that Google is treating them unfairly.