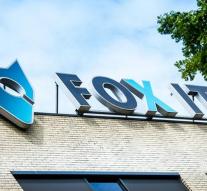 delft - The cyber attack that crosses Maersk and APM Terminals has also affected other parties in the Netherlands. This is ransomware, says renowned security research company Fox-IT. That is software that blocks the data on a computer and asks for a payment to clear that blockade.

APM container terminals, including those in Rotterdam, were attacked by hackers on Tuesday. It's a global attack with ransomware. Hackers have taken over APM's computers.

In Russia and Ukraine, companies and governments have been affected by ransomware, but Fox-IT security investigators do not yet know whether there is the same problem.

Russian media reported that the ransomware Petya or Petya. A is hot. Whether that software is similar to Wannacry, a virus that caused a lot of damage worldwide in May, Fox-IT does not know yet. 'We are still analyzing the ransomware,' said a spokeswoman.