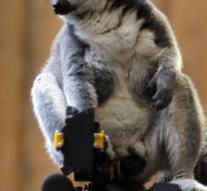 gland - Worldwide there are 23 250 species of plants and animals threatened with extinction. That's 466 more than at the last valuation last summer, according to the new 'red list' of endangered species by IUCN (International Union for Conservation of Nature) presents Thursday.

Most species endangered by loss of habitat, such as the cutting of rainforests, overexploitation (overfishing and intensive hunting) and pollution. Climate change plays an increasingly important role. Thus IUCN expects that over the next 35 to 40 years more than 30 percent of polar bears will disappear. Melting of sea ice due to global this is by far the main cause.

In total spent IUCN status of 79 837 plant and animal species identified. Of these, 834 died and there will be 69 no longer in the wild.

For the first time not only plant and animal species, as well as 29 species of fungi studied. Also threatened by changes in their habitat and the environment, says IUCN.