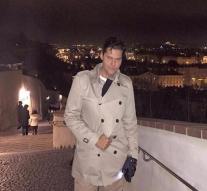 - The head of the Mexican branch of the Miss World organization was kidnapped and killed. The body of Hugo Ruben Castellanos according to the BBC was discovered in a bullet-riddled car in the state of Sinaloa.

Unknown people kidnapped Castellanos and two other people early Sunday morning from a cafe. That happened a few hours after the director had crowned the new Miss Sinaloa. Castellanos according to witness first went to a party with the participants of the beauty contest. Then he visited the bar where the kidnappers struck.

The other kidnapping victims have been a free man again. It is still unclear why Castellanos was slain.