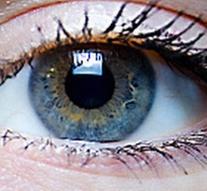 - An optometrist is found guilty by a jury at the court in the English Ipswich to manslaughter because they missed a fatal swelling while viewing the eyes of a boy. The eight-year-old Vincent Barker died in July 2012 of hydrocephalus, in which fluid accumulates in the brains. Ultimately it creates so much pressure in the skull that the patient dies.

The 35 year old optometrist or oogmeetkundige Honey Rose should have seen the swelling, found the prosecutor. Missing them he assessed as a crime. They could have prevented the boy's death. The court determines the sentence end of August.

And optometrist puts through measurements and eye defects fixed, for example, prescribe glasses and contact lenses. He can also refer you to family doctor or ophthalmologist.