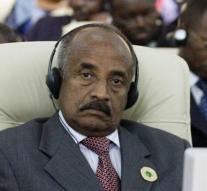 the hague - Eritrean Foreign Minister Osman Saleh wanted to come to the Eritrea Holland Festival in Rijswijk the middle of last month, but quit his visit after the Dutch Ministry of Foreign Affairs had asked for it.

That's what minister Bert Koenders wrote to the Lower House on Tuesday in response to questions from the SP.

The arrival of a senior official from the dictatorial regime to Veldhoven resulted in protests of opponents of government in April. The mayor of Veldhoven eventually banned the meeting after it had come to a few violent incidents.

'The cabinet felt uncomfortable with the idea that high Eritrean authorities would target groups of Eritreans in the Netherlands who flew their country for the most part,' Koenders writes.