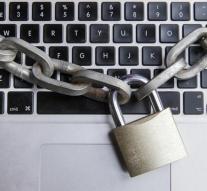 london - The British Interior Minister Amber Rudd believes that normal people are not interested in encrypted communications. According to Rudd, people are not waiting for total security, but rather they prefer a service that works easy. She says that in The Daily Telegraph.

'Who uses WhatsApp now because it offers end-to-end encryption? People use it because it's a simple app to stay in touch with family and friends,' said the Conservative Party. According to Rudd, who is soon going to be dealing with US tech companies, the British government is not keen on backdoors or holes in encryption protocols but on a 'smooth setup of software makers'. 'They are always making choices between ease of use and security.' According to our people, there are opportunities. '

Renate Samsom of Big Brother Watch reacts furiously to Rudd's remarks. 'In the best case, we have a naive minister, in the worst case a dangerous one,' she responds. In addition, she calls the suggestion that normal people do not need encryption or security to have a 'confinement'.

Encryption does not only mean that governments do not have access to communication systems, but also that hackers and other malicious people can not be with your information. Because a service like WhatsApp uses end-to-end encryption, you could share sensitive information with others through the app without fear of anyone being able to listen. The British government is having great trouble because this security is also being abused by terrorists and cybercriminals.

Incidentally, the United Kingdom is not alone. In countries such as China and Russia, there is also much criticism of encryption. The European Parliament looks very different to it. From Brussels, the call for bans and deliberate holes in encryption is prohibited by law.