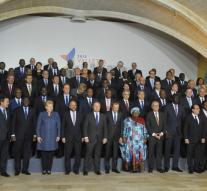 valletta - Europe and Africa go together to tackle migration issues. Leaders of European and African countries did it after a two-day summit in the Maltese capital Valletta agree on an action plan, as did EU Minister Donald Tusk, who chaired the discussions, afterwards known. He called it " crucial steps without the illusion all at once to resolve".

The creation of an EU emergency fund for Africa with over 1.87 billion it is a first concrete step. The fund should be the causes of migration, often motivated by poverty and unemployment, and thereby addressing Africans again offer perspective so they do not have to cross over to Europe.

In addition, the leaders were agreed among other things to tackle human trafficking together to go harder. Europe is also ready to expand forms of so-called legal migration. African countries need in their neighborhood migrants who are not entitled to asylum absorb. Especially at this point there was disagreement.