Home / World / Migrants drowned off the coast of Turkey 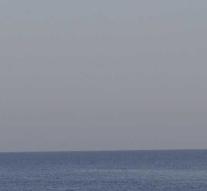 ankara - A boat with migrants has sunk off the coast of Turkey. At least eight people were killed and another 25 are missing, reports the Turkish Coast Guard.

The accident happened near the province of Izmir. Where the migrants come from and where they wanted to go is not known. There were reportedly 35 people in the boat, who made water shortly after departure. The coast guard is still looking for survivors.