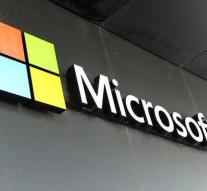 - Microsoft is in partnership with Deutsche Telekom to set up two data centers in Germany. The goal is to keep stored data out of the reach of American authorities there.

Microsoft already has several data centers in Europe, but because the company is originally American, the court must also in these locations provide access to data by intelligence agencies such as NSA.

The new data centers, located in Frankfurt and Magdeburg will be managed by Deutsche Telekom subsidiary T-Systems. Even Microsoft itself will not have access to the data, which it also hopes to protect its customers against data rummaging through the American authorities.

However, customers will have to pay extra for storage in Germany. The company mainly focuses on the financial and health sectors. Also, governments turn to Microsoft.