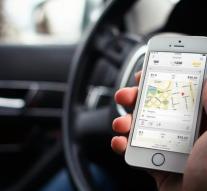 - Microsoft Mobile Data Labs acquired the startup behind the mileage registration app MileIQ. An acquisition price was not disclosed.

MileIQ aimed at employees of small businesses and freelancers. The smartphone app via GPS automatically keeps track of how many kilometers they drive and then calculates the tax deduction.

The acquisition fits into Microsoft's strategy to gain a foothold in the mobile industry by taking over popular apps. The tech giant is especially interested in productivity apps that can be linked to Windows services. Previously, the company became owner of Sunrise calendar app, mobile email app Acompli and to- do list app Wunderlist.

MileIQ in the United States available for Android and iOS. In the Netherlands, the app is not active. It remains to be seen whether that will change now, Microsoft has been in control.