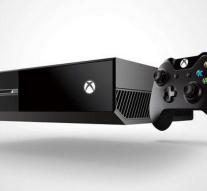 Microsoft hopes people will opt for the new Xbox One X. On Friday, a special version of it, the Project Scorpio Edition, was in the pre-sale. According to Microsoft, it is the most powerful game computer in the world.

The Xbox One was launched in 2013 on the market. The introduction was not successful, many people did not opt ​​for the Xbox but for Sony's PlayStation 4.