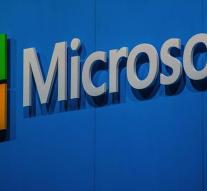 The Microsoft platform is an open system, so that carmakers are not attached to an operating system. The car builders can choose which components they can and can not use. Microsoft wants to present itself as a partner of the automotive industry and not as a competitor. The company will therefore not develop their own cars, but 'give carmakers the opportunity to focus on innovation rather than set up their own cloud infrastructure.

The intention is that Azure will do the hard work and processes all data collected in the car. That data can then be used, for example, directly to plan a route to a meeting or to show the status of the vehicle.