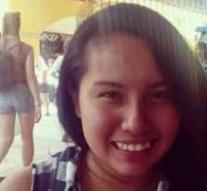 kralendijk (bonaire) - The police on Bonaire found Sunday the lifeless body of 23-year-old Mexican Adriana Morales de Florencio, a crew member of an American cruise ship since last week. The dead woman was found on the coast of the island below the sand. An island resident would have been arrested in connection with her death.

Adriana de Morales was last seen last week on the Kralendijk quay on Bonaire on Tuesday when she boarded. The woman was employed as a crew member on a cruise ship of Royal Caribbean, which made a stop at the port of Kralendijk on Tuesday. Since its disappearance, the cruise organization had launched a major investigation, reporting local residents and media on Bonaire.

The police have now arrested a suspect who was seen in partnership with Adriana shortly after leaving the cruise ship. It would be a local bailiff. There are video recordings showing the two walking in Kralendijk.