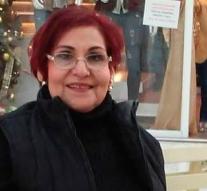 mexico - A prominent Mexican activist dedicated to the search for missing people in the north-Mexico ravaged violence has been murdered. That has been announced by authorities in the province of Tamaulipas on Thursday.

Miriam Rodriguez died on her way to the hospital after she had shot several times in her home in San Fernando Tamaulipas on Wednesday. After her daughter was missing in 2014, Rodriguez began a search. She eventually found her daughter's body. Then she started an organization for families who are victims of drug violence.

The prosecutor of the province said in response to her death that the government had protected Rodriguez and that a patrol ran past her house three times a day. He also said that nine people had come to trial because of the assassination of the activist's daughter.