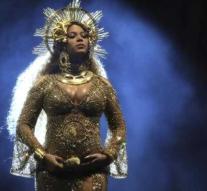 - Additional safety measures will be taken this year at the Coachella festival. The police, after the massacre in Las Vegas, secured the security for the music festival that takes place in Indio, California next month.

At the Route 91 music festival in Las Vegas, 58 people were killed and 851 injured in September last year when a man emptied his gun from the hotel room on the crowd. The police are now doing everything possible to prevent a repetition of this drama.