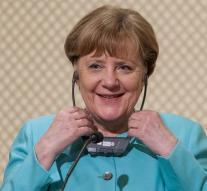 washington - German Chancellor Angela Merkel travels to Washington on March 14. They will for the first time have a meeting with President Donald Trump.

Which sources have reported within the US government. At a security conference in Munich, Merkel already spoken with the US Vice President Mike Pence.