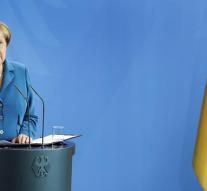 - All members of the Federal Government in Germany mourn the victims of the attack in Munich on Friday. Chancellor Angela Merkel Saturday expressed sadness that prevails within her Cabinet.

,, We mourn with a heavy heart to those who no longer will return to their family, 'said Merkel.,, To the family, the parents and the children for whom this day seems empty and meaningless, I say that all Germans sympathize with you. we share your pain, we think of you, and we suffer with you along. '

The Chancellor promised after a meeting with her team of ministers that the security forces will do everything to ensure the safety of the Germans. Merkel told a pat from the police in the Bavarian capital were involved in the settlement of the shooting.