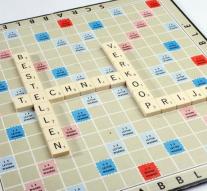 - Men do better at Scrabble tournaments than women because female participants are less likely to spend their time improving an almost useless skill. This is evidenced by new research.

According to scientists, male players often analyze the familiar letterplay and practice them more often than women who play the game more often as a hobby. Although there are, on average, more female participants in Scrabble tournaments, it is mainly men who raise prices.

The research published in Psychological Research shows that there is no difference in talent between both sexes. A total of 300 participants in Scrabble tournaments in the United States have been interviewed about their playing habits.

Men and women spend as much time playing Scrabble, but they spend their time so differently. Women play the game especially to make it happy and not to improve virtually useless skills, scientists conclude. The women see the game primarily as a hobby.

The researchers emphasize in their research several times that their conclusions do not mean that there is a difference between skills between both sexes.