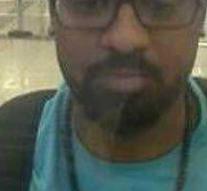 riyad - One of the 15 men of the assassination who arrived in Istanbul on the same day of the disappearance of Jamal Khashoggi, would have been killed in a mysterious 'traffic accident', reports Turkish media.

Meshal Saad M. Albostani was a lieutenant with the air force. In two private jets he and his 14 accomplices arrived on 2 October at an airport in Istanbul, and then went to the consulate.

There, Khashoggi would have made recordings of his own torture and death. He sent it via his smartwatch to his fiancé, who waited outside.