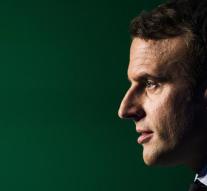 plouisy - Just before the French presidential election, a major ally of candidate Emmanuel Macron passed away. MEP Corinne Erhel (50) broke up on Friday night during a campaign for Macron in her Brittany home region. She was taken to a hospital where she died.

Since 2007, Erhel was a member of the French Parliament, the National Assembly. She initially became part of the Socialist Party, just like Macron, but left in December for his new move and marche! (Forward!).

The chairman of the movement, Richard Ferrand, said in a reaction: 'We're gonna miss this formidable girlfriend very much. '