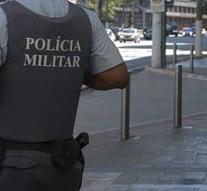 tlaxiaco - A mayor in the south of Mexico was murdered a few hours after he took office. Several attackers opened fire on Alejandro Aparicio in the city of Tlaxiaco on New Year's Day shortly after...

Another four people were injured in the attack. A suspect was arrested. The motive was unclear for the time being.

Mexico suffers a wave of violence. From January to November last year, more than 26,000 people were killed in the Latin American country. Responsible are often drug cartels, which fight for market share and control over smuggling routes. Increasingly, local politicians become the targets of the crime syndicates.