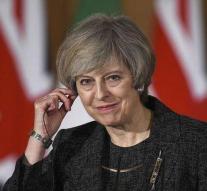 Other government officials probably remain in tension. 'There are no further appointments this evening,' the government announced on Friday.

It is unclear whether the election disappointment for May had an effect on the decision to rename the most important ministers.