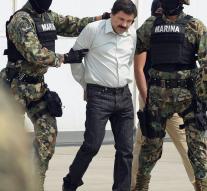 - Mexico have arrested six people who the Mexican drug lord Joaquín " El Chapo " Guzmán could have helped in his escape. It is the mastermind behind the escape action, Guzman's brother and four other suspects.

According to Mexican authorities, the inventor of the escape plan access to the jail because he could visit with Guzmán. He was the drug lord as to keep abreast of the progress.

Guzmán escaped in July from a heavily guarded prison. One of Mexico's most notorious criminals escaped via a 1.5 kilometer long tunnel, where he had access from his cell. Previously arrested all 23 prison employees.