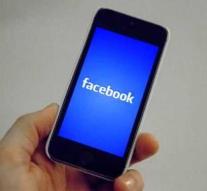 brussels - Consumer organizations in Belgium, Italy, Portugal and Spain are going to file mass claims against Facebook in their country following the Cambridge Analytica scandal. They demand at least 200 euros per user in collective lawsuits for privacy reasons.

The data of more than 87 million Facebook users, including several million Europeans, were shared with Cambridge Analytica without their consent, according to the consumer clubs. Because the law was violated, the group claim in the four countries is filed on behalf of all users.

A correct remuneration for the use of the private data is in order, reports the Belgian Test-Aankoop. 'If their data are used illegally, they must be compensated. The apologies of Mark Zuckerberg are not enough. Consumers are not puppets with which Facebook can do what it wants. Meanwhile, this scandal seems to be just the tip of the iceberg. '

The € 200 demanded is a 'minimal estimate of the damage suffered by Facebook users', according to Test-Aankoop.