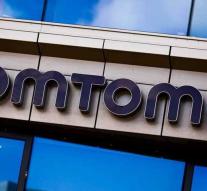 amsterdam - TomTom digital maps are currently being updated on average 570 times per second. According to the navigation service provider, 1.5 billion adjustments were made in one month's time to the maps that the company updates weekly.

The company speaks about an important milestone, and a big step towards real-time maps. TomTom points out that the world increasingly relies on digital maps as a representation of reality. The adjustments include new road features, adding or removing certain locations such as petrol stations, restaurants and hotels, modified crossings and new addresses.

In recent years, TomTom has, in its own words, optimized its mapping techniques, thanks to input from hundreds of millions of card users, GPS data from 550 million connected devices, local map technicians and so-called mobile mapping vehicles.