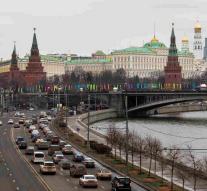 moscow - While President Putin, however the country does provide a place on the world map, wants one in ten Russians prefer to emigrate. Most of them want their country even turn their back within two years.

Another 11 percent of Russians have been thinking about it emigration, according to a comprehensive survey by VTsIOM, a research conducted by the state. The survey was held last month in 46 regions throughout Russia.

A fifth of those surveyed stated that he has family or friends who have left Russia last year. A surprisingly large proportion- 16 percent- among those who want to emigrate, studying a foreign language. Of potential emigrants is 15 percent already saving for travel and relocation. An equally large part is busy gathering information about the desired country.

Half of those who want to give away improving the material situation as a reason, 7 percent are looking for more social stability. About 4 percent want to escape the Russian cold.