Home / Tech / Many municipalities complain about IT supplier 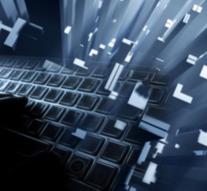 amsterdam - Few municipalities are satisfied with the performance and price of their software suppliers. Many local authorities believe that two ICT companies that dominate the market, Centric and PinkRoccade, use their power to demand high prices. According to research by NRC Handelsblad and Radio Reporter among all communities, of which almost 60 percent responded.

More than half are dissatisfied with what they get for their money, only 16 percent are satisfied. Centric and PinkRoccade at 90 percent of the municipalities main supplier of so-called ' core applications ', which must talk to all other programs.

Still usually consider municipalities do not move because they do not expect any improvement, but problems and additional costs. Municipal Services digitizes continually, especially now that they have gained more jobs as in the field of healthcare. Both companies were Saturday still not available for comment.

Centric let the researchers know to recognize the complaints about high prices, but that it applies market rates. Abuses of market power according to the company is no. PinkRoccade did not respond substantively to the investigators.