Home / World / Many kill by IS attack on Syrian village 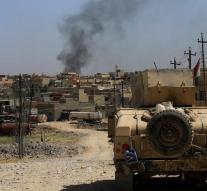 beirut - Islamic state combat units have killed several civilians during an attack on Aqarib al-Safi. The terrorist organization claimed to have conquered the Syrian village along the road from Homs to Raqqa on the Assassin troops. However, the state press office SANA spoke against it. It said that the warriors of IS had killed 20 inhabitants before they were expelled.

The Syrian Observatory for Human Rights reported that there were at least 34 victims to regret, both citizens and soldiers of both parties. In addition, dozens injured. IS would have executed some prisoners.