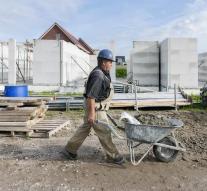 - The residential areas many residents of non-Western origin. Live relatively more families with young children and people with high incomes. According to figures from the Central Bureau of Statistics.

The new housing developments have been built since 1995 on the outskirts of cities to relieve pressure on the city. Of the nearly 790 000 inhabitants, 17 percent of non-Western origin, average in the Netherlands is 12 percent. There are relatively many people of Surinamese descent.

Between the districts are large differences in the origin of the residents. Around the four major cities the neighborhoods are a reflection of these cities and are also home to more people of immigrant origin. A quarter of the inhabitants of residential areas is younger than 15 years. In large cities, this is an average of 17 percent. Residents of new housing developments are relatively common between 25 and 45 years old (34 percent).


The largest Vinex location Leidsche Rijn in Utrecht, with over 56 000 inhabitants in 2015.