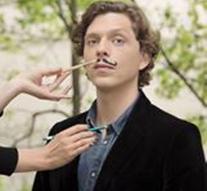 - The French journalist Antoine Leiris Friday lost his 35- year-old woman in the bloody attack in the Bataclan concert hall in Paris. Leiris, who works for the news channel France Info, wrote an open letter to the perpetrators on his Facebook page. His words are heartbreaking and courageous at the same time.