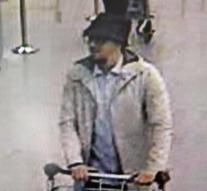 brussels - Fayçal Cheffou, the man shortly after the attacks of March 22, 2016 in Brussels was wrongly arrested as a 'man with the hat', has filed a complaint against the police. He was the last year in their own words three times been wrongly arrested, reports the Flemish VRT news. He was recently arrested for a false bomb threat in the Brussels concert hall AB.

And early February Cheffou was taken during a series of raids in which the police were looking for a returned Syriëstrijder. Even when the man was quite quickly released.

Cheffou accept the fact that he has been so often arrested and he has filed a complaint with the police.

In March 2016 terrorists attacks committed in Brussels at Zaventem airport and Maelbeek Metro Station, which resulted in several deaths. Cheffou was suspected to be involved at the airport in the attack. On surveillance footage carrying the suspect a hat.