Home / World / Man wins a million but gets nothing 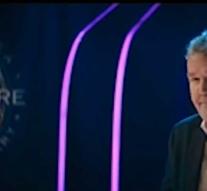 london - Alan won the quiz 'Who wants to be a miliionaire', but did not get a cent of his prize money.

From next week the show will be shown again on the English tube and therefore a test broadcast was recorded for the last time.

To everyone's astonishment, including the new presenter Jeremy Clarkson, Alan Russel gave only good answers. Fifteen to be precise and that is normal enough for the main prize of one million.

The resident of Hartlepool participated because his friends are always surprised during pub quizzes that he knows so many answers.

Eventually Alan went home with an expense allowance of about ninety euros.

The Englishman, whose girlfriend works with the company that produces 'Who wants', says to The Sun that he knew in advance that he could not win anything. 'I thought it was nice to be in that iconic chair. Maybe I will give myself up. '

The show has been running in England for twenty years.