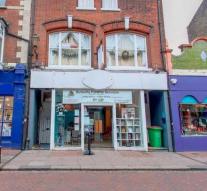 knows - A man has broken into a funeral director in the English city of Kent, to steal the body of his mother-in-law. The man feared that the entrepreneur would go bankrupt and that he would not be able to get the body in time for the funeral.

According to Kent Messenger, the man has loaded the body from Butterfly Funeral Services onto a trolley and put it in a rented van. The man would then have transported the mortal remains to another undertaker.

Although the incident took place more than a year ago, it only now comes to light, because several of the customers of the funeral director concerned could not collect the ashes of their deceased family members.

In conversation with the local newspaper, the man now says he has no other choice. 'I had to get the body out of there. I did not charge my wife with it. She does not know what happened to this day, nor am I going to tell her once. '

It is indeed true that things went badly for Butterfly Funeral Services. There is now a handwritten note on the window of the funeral director, who has closed her case. If people still want to pick up the ashes of their deceased family members, they have to send an e-mail.

The local newspaper says Karen Calder, the owner of Butterfly Funeral Services, that she was forced to close her case because of a deteriorated health.

James Brown, from the overarching party Medway Council, says: 'We were approached by a funeral director who will send a number of urns back to the Medway crematorium. 'He continues:' Once we have all urns, we will contact the families. '