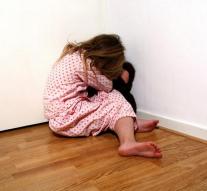 roosendaal - The Public Prosecutor (OM) has demanded six years in prison for a 24-year-old man from Roosendaal. He is suspected of sexually abusing and assaulting five young women, including several minors. That report Belgian media.

The man stayed a while in the Belgian Essen, where he is known as 'the Afghan'. The five girls who have served a complaint from the same group of friends.

A 19-year-old woman who claims to have been raped, declares that the man during the attack bloody bite her breast. Another woman says she was unwell during a night, after her husband was treated to a cocktail. they would be raped. A woman who would have had a relationship with the man, explains to the police that they take MDMA was forced and then abused.


The prosecution sees no reason to doubt the statements. The man from Roosendaal acknowledges that he went out with some of them and had sexual contact, but never against their will.