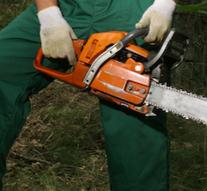 - A young man sat in a shopping center in the Belarusian capital Minsk women attacked with a chainsaw and hammer. A woman was killed and another was seriously injured said the police.

The man pulled the equipment out of a guitar case he was carrying. He was overpowered and arrested after a few minutes. About his motive, the police could not say anything.