Home / World / Man kills himself and his family 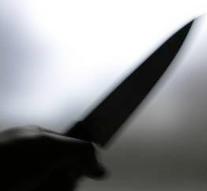 hohenems - A 38-year-old man in Austria killed his wife and two daughters. After his deed he committed suicide.

According to the police, he first killed his children, aged four and seven, and then brought his 34-year-old woman with a hammer and knife for life.

Neighbors who woke up shouting and called the police. When the police attempted to force the door upon arrival, the man stabbed himself in the chest. The police say that it is unlikely to be able to figure out what was the direct reason for the massacre.