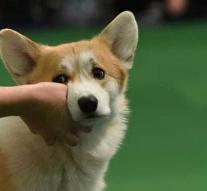 - An angry farmer in South Korea killed his neighbor's dog because it did not stop barking. To make matters worse, the sixties decided to cook the beast and serve with the owner of the dog during a dinner. The business provokes bewilderment and anger all over the world.

The sixties admitted his crime after another neighbor informed the owner of the dog about the horrific facts. The farmer claimed that he was so annoyed by the barking of the dog that he had thrown a big stone at it. As a result, the four-legged friend lost consciousness, he says.

'Only after the dog was unconscious, he strangled him and later also cooked it', responds a policeman from the South Korean city of Pyeongtaek. 'Then he invited his neighbors to come and eat the animal, including the owner. '

The case received worldwide attention after a daughter of the family had launched an online petition earlier this week to ensure that the perpetrator will certainly be punished. More than 15,000 signatures have already been collected.

'We had traveled around the city to distribute pictures of our missing dog', it sounds. 'There was even a nice reward attached to it. Even the perpetrator had said that he would let him know if he found our dog... '

Dog meat was on the menu for a long time in South Korean cuisine. But consumption has fallen sharply, as the local population increasingly sees dogs as pets. In younger generations, eating dogs has now become a taboo.

Due to a new law there are now stricter penalties for animal abuse in the country: up to two years in prison.