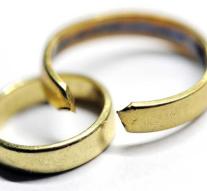 The bomb exploded when Soumya Sekhar and Reema Sahu held a reception in the eastern city of Patnagarh in February, a few days after their wedding was finished. A gift that was delivered exploded immediately upon opening. The groom and an 85-year-old female family member were killed. The bride was badly injured. The mother of the groom, the actual target of the attack, survived the explosion.

After the attack the police started an extensive investigation, but it was not until this week that Meher was arrested. Against the transmitter Odisha the police said that Meher had assembled the bomb itself and acted without the knowledge of others.