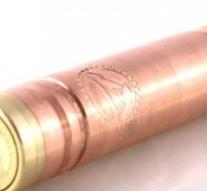 saint petersburg - An exploded e-cigarette is the cause of the death of an American man, authorities in Florida have confirmed. His death is the first fatality due to an unsafe electronic cigarette.

Tallmadge D'Elia was at home when he smoked an electronic cigarette on May 5th. Researchers have found several pieces of the cigarette in his head. On one of them was the logo of Smok-E Mountain Mech Works.

The blast caused a huge fireball, according to research. The man had burns on 80 percent of his body. His apartment has also caught fire.

The 'Smok-E Mountain Mech Works' brand has a head office in the Philippines and is mainly used by 'hobbyists', according to the chairman of the American Vaping Association. It lacks important security features that conventional brands do have, says President Gregory Conley to the New York Times.