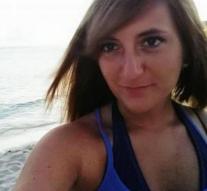 - A 21-year-old man has confessed to the French part of the Caribbean island of Saint Martin of murdering an equally old Belgian tourist.

Wendy Montulet Saturday was a moment near her hotel to go running, shortly before the return trip to Europe. The island derived man dragged his victim into the bushes when she passed by. The man has assaulted the woman and stabbed with a shard of glass, the Prosecutor's Office reported.

Witnesses have fifteen detectives who put led to the perpetrator of the French police in the case. They had his red hair and striking clothes near the scene of the crime seen. There are also traces of blood found at home at the prisoner. He has no criminal record.


Elsewhere on the French Saint-Martin was murdered a 67-year-old girl, French media reported Thursday. She was shot dead by a masked killer in her car in a parking lot. It is the sixth murder this year in Saint-Martin.