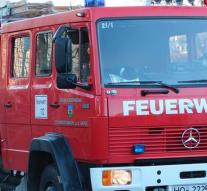 munich - A man has thrown himself in the night of Thursday on the Marienplatz square in Munich with gasoline and burned. He did not survive.

What the 54-year-old German did not know, but there are indications that he had political intentions. That reports German media. On his car, felt pointers were writing political lies like 'never again war in Germany' and 'Amri is just the tip of the iceberg. 'Anis Amri was the perpetrator of the terrorist attack at a Christmas market in Berlin.

The man was married and had no criminal record. After stabbing around 03:00 at night, passersby tried to extinguish the flames with their coats and a fire extinguisher. When the fire brigade arrived, the man was severely wounded on the ground. He later died in the hospital.